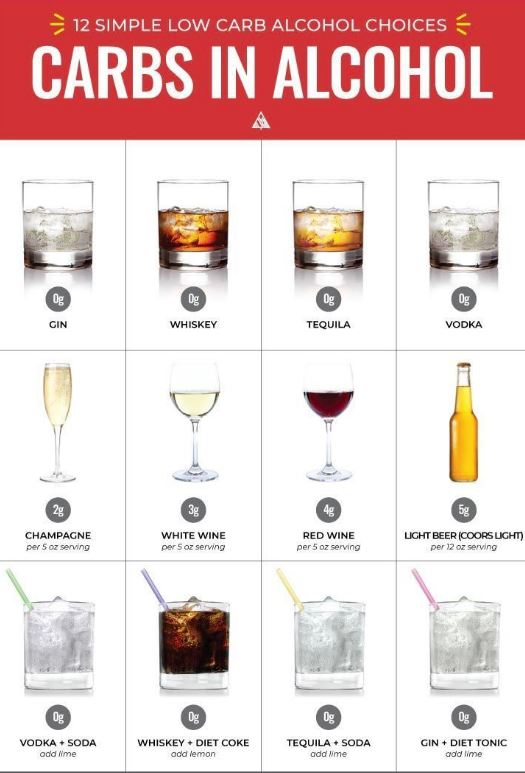 The majority of people who have decided to go on a low-carb diet do so for health reasons, such as weight loss and reduced blood sugar levels. However, there has been little discussion about whether alcohol can be incorporated into a low-carb diet. Because many types of alcohol are high in carbohydrates, including beer and mixed drinks, which are also high in sugar, those on a low-carb diet may wonder if they can still enjoy an occasional drink.

But does this mean that alcohol is off the table for low-carb diets? Not necessarily.

In general, you can still drink alcohol on a low-carb diet. However, it’s important to be aware of which types of alcohol are low carb/keto-friendly and which ones you should avoid. For example, dry wines and spirits are generally on the keto-friendly side, while beer and sweet cocktails are not.

Some drinks like hard lemonade or piña coladas have over 30 g of carbs per serving, whereas light beer and red/white wine come in at under 4 g of carbs per serving, on average. Adding to that, hard alcohols like rum, whiskey, vodka, and gin, have no carbs at all. Of course just because low-carb and no carb options are available, does not mean that we should prioritize alcohol or indulge in drink after drink.

Alcohol still contains calories, and that matters to your waistline.

This study, which was published by the National Institute of Health, showed that the fat burning mechanisms in those who drink frequently are not as efficient as those who do not due to the fact that the body metabolizes alcohol to use as fuel before other nutrients. The study also found that ‘active drinkers will often display an enhanced  sensitivity to certain drugs as alcohol will inhibit the metabolism of the drug and thereby prolong its half-life.’ So, be aware that alcohol consumption may have an impact on the effectiveness of medicines you take. This may be a point to raise with your physician, just to be on the safe side.

So regardless of whether you are following a low-carb diet or not, it is still wise to drink only in moderation and always with an awareness of the health, caloric and carbohydrate impact on your diet. As you probably know, even one serving of alcohol per day can add hundreds of calories while providing almost no proteins, nutrients, or fibers. Still, with discretion, being on a low-carb diet does not mean that you cannot consume alcohol, provided that you choose from the handful of low-carb options mentioned above.